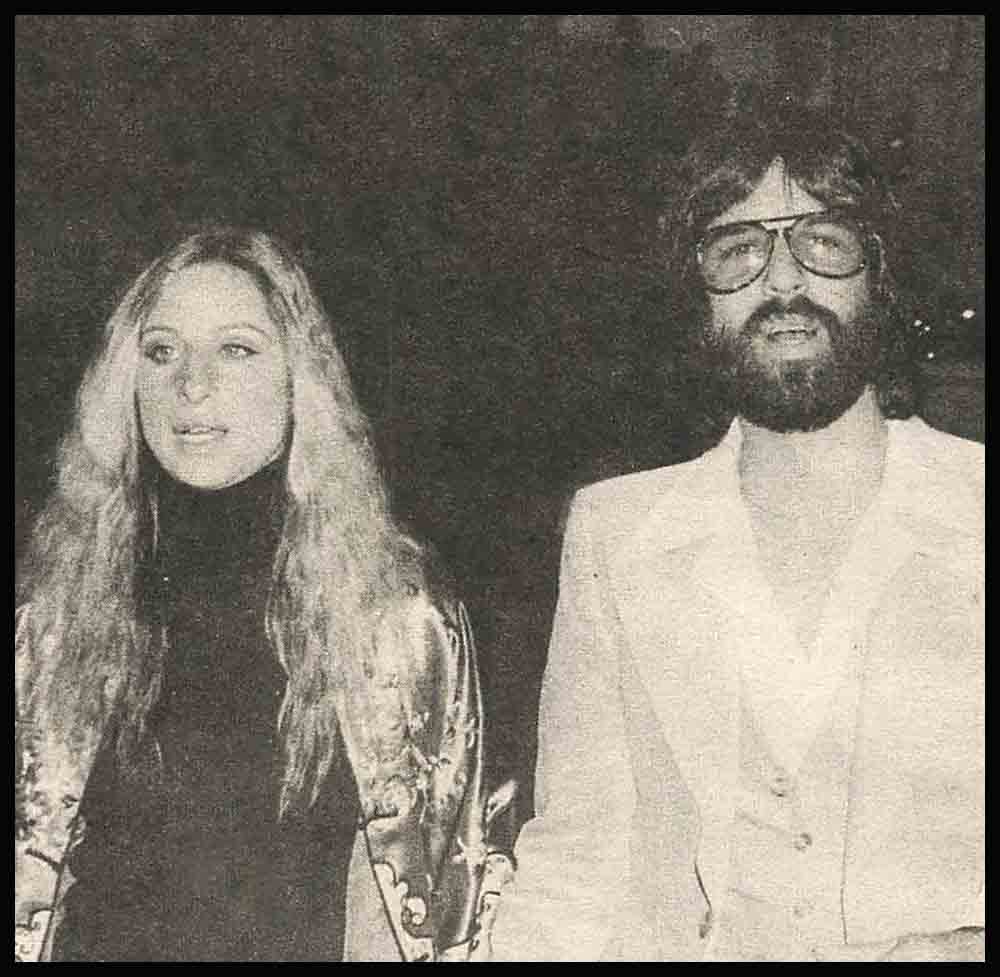 “People say I have a strange hold over Barbra [Streisand],” hairdresser-turned-producer Jon Peters muses. “I do. It’s called love.” And, indeed, very much in keeping with his simple statement, the apparent love that Barbra and Jon share has lasted—and triumphed—for over six years, which is about six years more than gossips predicted it would last! “Yes, we fight and battle,” Peters admits. “Sometimes Barbra is totally crazy. But she is also a very gentle, understanding, giving person who has helped me through a lot of difficult times. I love her, sure, but that’s just a word. Ultimately, we respect each other, and share the same dreams, and that’s what is really important.”

For her part, Barbra has aggressively defended her live-in lover from the critics who call him an opportunist, claiming his new Hollywood status would never have happened if Jon had not been her beau. “So what if Jon started as a hairdresser?” Streisand snaps. “A lot of producers in Hollywood started off selling dresses in New York.”

Barbra and Jon met, fantasy style, when he was imperiously summoned to the star’s home to attend to her hair. Once Jon put Barbra properly in her place, it was love all the way, with only the small matter of his marriage to Lesley Ann Warren to dispense with. Barbra and Jon have lived together ever since, and even though Jon is now divorced, “getting married isn’t a vital issue with us,” Barbra confides. The two are happy as they are, working on film projects together, sharing a Malibu beach home, feeling their love needs no documentation. “Jon has exposed me to so many things,” coos Barbra—but marriage isn’t one of them.