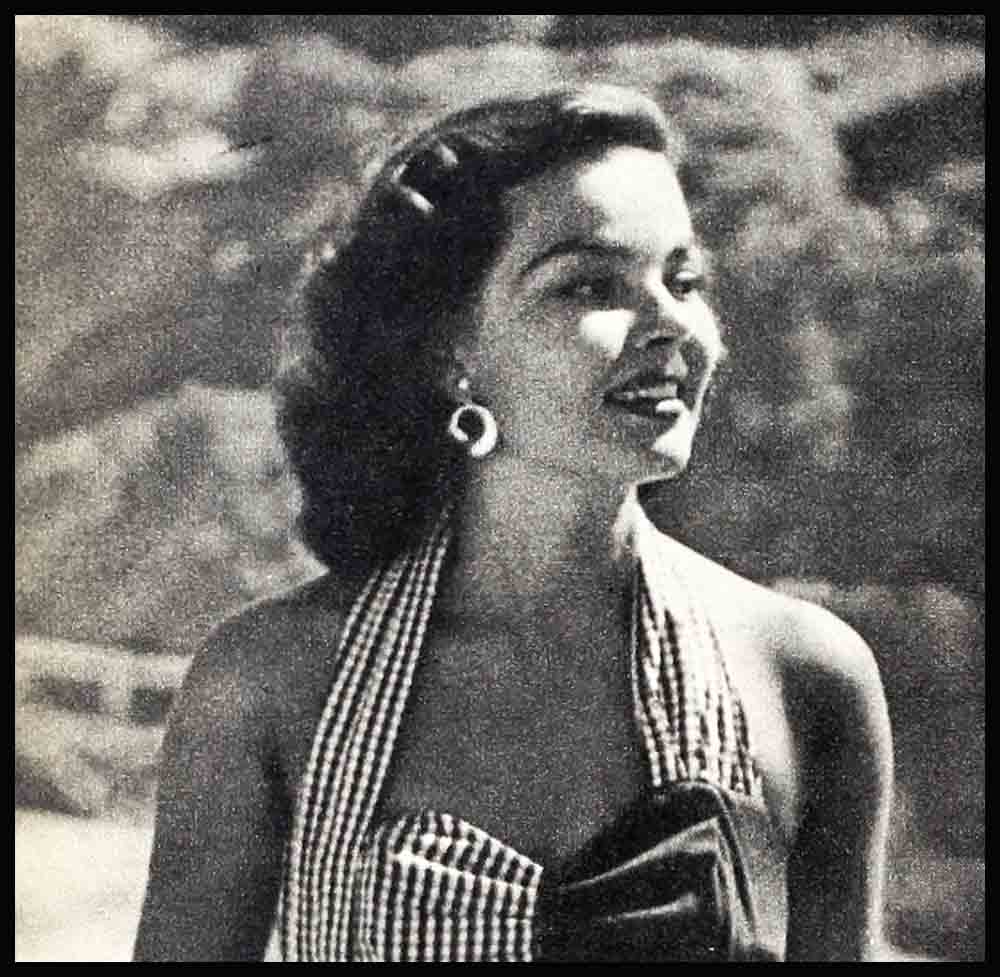 TWENTY-YEAR-OLD Alice Kelley recently made a sage remark: “Hollywood is a bewildering place,” said she. “You can beat your brains out for years trying to get a screen test, and then one night, you’re having a nice quiet dinner in a restaurant, and suddenly you’re a movie star.”

For six years—she started modeling when she was twelve—Alice’s agent tried to get her into pictures. He couldn’t even get her past the studio gate. With her bags packed, ready to try her luck in New York, Alice was having a farewell dinner with some friends at Chasen’s. And that’s when it happened. A scout from U-I walked in, and next day Alice unpacked her bags and started a long-term contract.

She had a small part in “The Son of Ali Baba.” But her best, to date, is in “Against All Flags,” in which she plays an East Indian girl who puckers up her lips to Errol Flynn all through the picture. Alice liked the part. And so, no doubt, did Errol.

Alice’s family moved to Southern California in 1934, settled in Burbank, in the shadow of the mighty Warner Brothers’ studios, which wouldn’t even give big-brown-eyed Alice the time of day. She graduated from John Burroughs High, took leading parts in school plays, and in 1948, won a Junior Miss America contest. Sundays, she taught a children’s Bible class. Weekdays, after school, she modeled.

The youngest of five children, she lives with her family, helps with the housework, goes with a young crowd who have no picture connections.

She likes to garden, to paint in water colors, go to the movies, read and ride horseback—something she learned recently in the improvement courses offered young players at U-I. She likes the beach, but water frightens her. The minute she knows her feet won’t touch bottom, she panics. Nice work for the lifeguards!