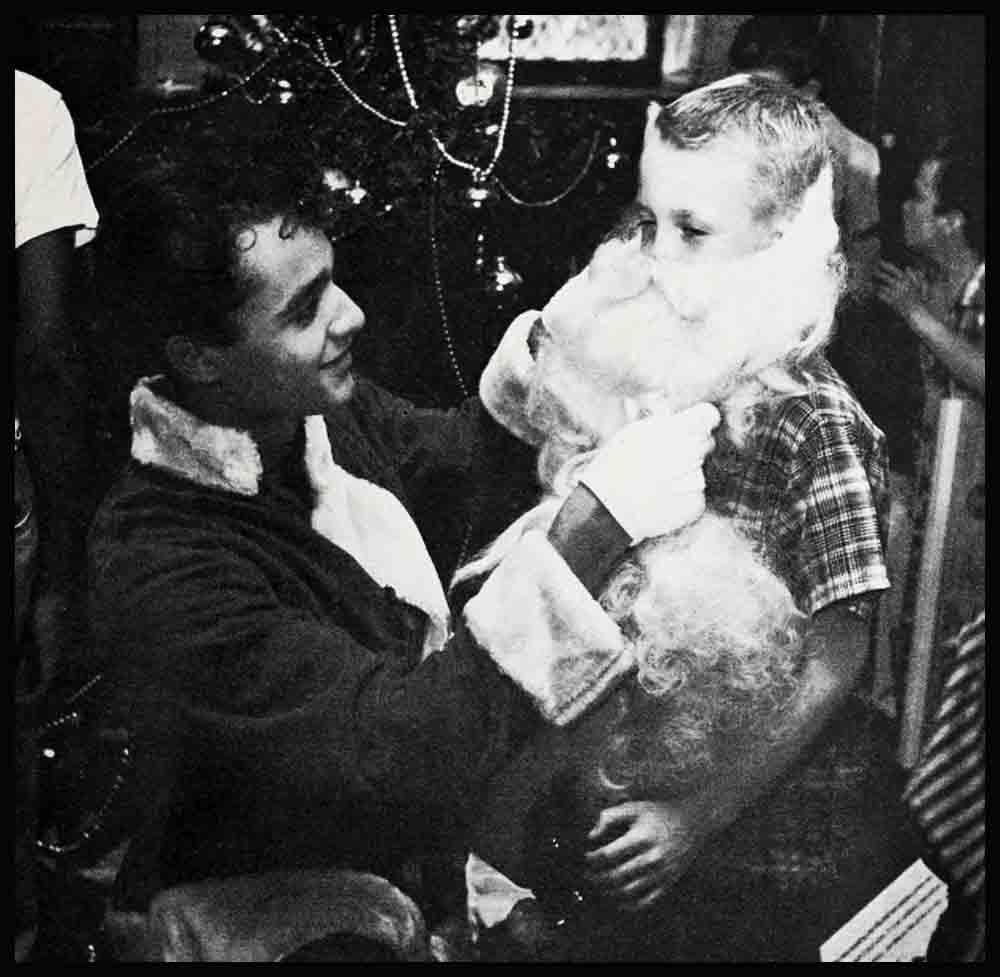 “Me And The Other Kids Feel Saddest At Christmas”

And Sal decided to do something about it. He phoned the Maud Booth Home for Children, run by the non-profit Volunteers of America. “Can you help me?” he asked. “I’d like to come down there and give a party. . .” This is gonna be fun, Sal decided as he hung up the phone. He latched onto a Santa suit and a tree. Then he remembered—gifts. He’d had so much fun making “Tonka,” he thought maybe the kids would enjoy playing Indian, too. “Where can I get Indian outfits?” he asked the folks at the Walt Disney studios. “Just tell us where to send ’em!” came the answer. Well, you don’t just play Indian, you play cowboys and . . . And what’s a cowboy without his trusty rifle? Sal went to the source, the Mattel Toy Company, and they insisted on making the rifles their gifts. So, well-armed and with curly white beard as a disguise, Sal turned up at the home. The kids didn’t recognize him at first, as Sal ho-ho-hoed and began to distribute gifts. Then an imp pulled Santa’s beard. “It’s Sal Mineo!” screamed the kids. It was almost better than Santa, who might not have known how to strum a guitar or fan a gun.

It is a quote. PHOTOPLAY MAGAZINE JANUARY 1959