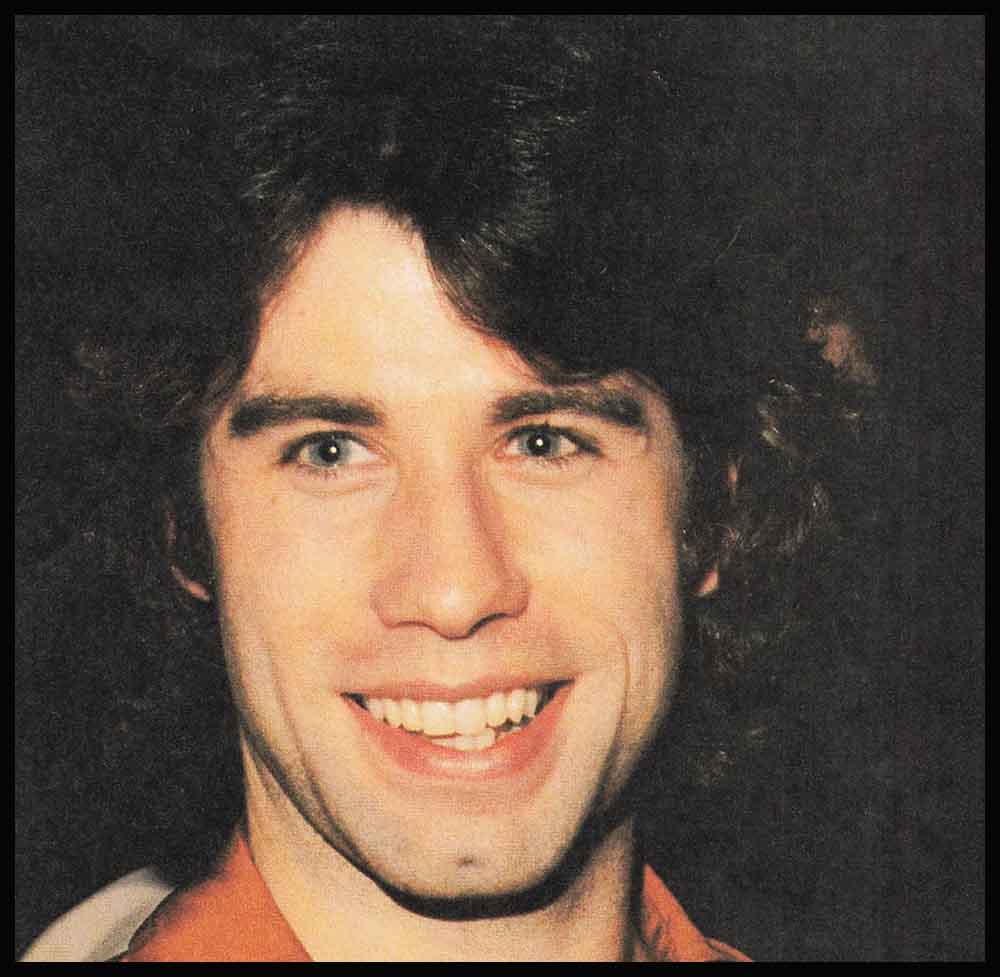 Closer Than Ever To Finding Love!

Last year was the Year of Travolta, but this year the media has turned to other headliners— not because they’ve tired of John, but because there’s not much to write about a young man in virtual seclusion.

Following the death of his much loved mother, and his father’s serious heart attack, all within the last months, Johnny decided to take some time out from his whirlwind life to sit back and really think. No more were there disco nights and camera-mad days for 25-year-old Travolta. These days Johnny can be found at his San Fernando Valley ranch; these nights you might overhear him talking to his recovering dad—or sitting quietly, memorizing his Urban Cowboy script, and concentrating all his emotions into this new role.

And while John Travolta is taking stock of his life, he’s ambling tentatively towards a new relationship. “He and Diana (Hyland) loved each other like no one’s business,” a friend commented on John’s love for the late Diana Hyland. “There hasn’t been anyone like that for him since.”

In the last couple of years, following Diana’s tragic death, Travolta has had a lot of close friendships with women, most of whom he knows from his lean and hungry days—actresses like Marilu Henner and Donna Pescow, for example, but there’s been no one to set his heart beating wildly. It seems though, now when Johnny’s decided to get back to work, and back to socializing, that he will be more receptive than ever to finding a real, lasting, emotional love. Travolta’s period of quiet seems to be leading straight to a future lifetime of love. As he heals from his losses and looks towards the years ahead, Johnny will be ready to trust and love once again.