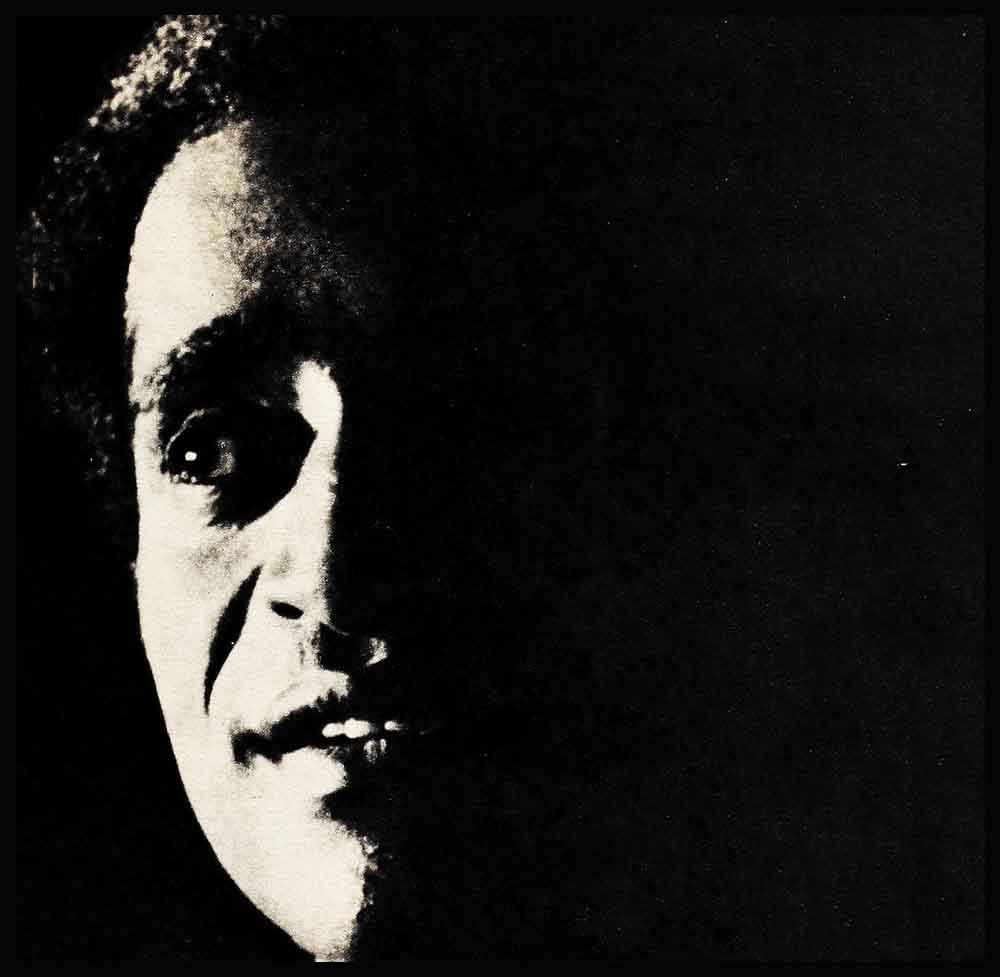 What has been the greatest burden Sammy Davis has shouldered during the first, crucial year of his marriage? I asked him.

“Man, it was the threats. You wouldn’t believe it. Every night I appeared in a club, they would come—sometimes as many as five or six a night.

“ ‘We’re going to kill you tonight, you nigger,’ they would say.

“They got so bad that I had to hire a bodyguard. I was scared. Who wouldn’t be? They came regularly up until a few months ago. Now they’ve all but disappeared.”

Sammy doesn’t know what made them stop. Perhaps it was Tracy Hillevi, Sammy and May’s baby.

“A baby is a miracle,” Sammy said, “and a baby can work miracles.

“Soon after pictures of our baby appeared, strangers came up to me on the Street to say, ‘What a beautiful baby you have, Sammy.’

“Man it was too much! I felt great, so proud. And that’s when the threats stopped. Oh, we’ve had a couple since then—but nothing to worry about. All entertainers get a few crackpots. It can’t be helped.

“Before we got married I painted everything as black as I could. I wanted to tell May what she would be up against. How people would yell at her from cars. Man, I painted things black because I wanted her to know what she was letting herself in for. But, you know, since we’ve had the baby, everything has turned white. Everything that I thought would be black, is white.

“Sure, we’ve lost friends. Not our real good ones. . . . But there’ve been other friends who used to invite me to their homes who’ve stopped calling. Show business people. Not close friends, but we were friendly enough. I don’t hear from them anymore, not since my marriage.

“You know something, though—we’re better off for it. It takes something like this to separate your real friends from the phonies. The good friends I had before my marriage are better friends today. Sinatra I expected, because Frank is just that way. So are Peter Lawford and his wife Pat, Dean Martin and his wife Jeanne and Hugh Benson, who is a producer at Warner Brothers.

“The day my engagement to May was announced from London, I knew what it would do to my career. Night clubs, yes, I knew I could always work in night clubs. But movies and TV? What was it going to be?

“The phone rang. It was Hugh calling from Hollywood. He had just read the engagement story.

“ ‘Sammy,’ he said. ‘I want you to know—and I speak for Jack Warner when I say this—you’re good for two TV shows and one picture a year.’

“I felt like crying. When a friend comes through the door for you like that, when the chips are really down . . . well, what can you say? I never expected the whole world to approve of my marriage. But I was hoping, hell I was praying, that someone would say ‘It’s all right, Sammy, it’s really all right,’ and then do something to show me that it was all right. Hugh Benson came through and he did what he promised. It only takes one man to save another.”

Sammy believes that his whole life has been changed—for the better, of course—by his marriage to May.

“My image was swinger, and sometimes the image takes over the man. I tried to live up to the image. No more. When May and I got married. we gave each other cars. Her gift to me was all paid for. I owed payments on my gift to her. That was my financial status.

“I was used to picking up the tab for ninety-five people, losing $38,000 a night on the crap table. I made millions, but l spent more.

“I used to show movies every night at home. It costs a small fortune to rent first-run movies. Now I show them on weekends, sometimes not even then. And I get a great joy—at less cost—just lying in bed watching television.

“I love my home. I love my wife. I love my baby. I’m settled down. I’m a family man. I’m no longer Sammy Davis the swinger.”

Sammy never stops talking about how wonderful May is. He feels that the greatest asset to their marriage is her intelligence and her honesty.

“It’s hard to find anyone as honest as May. When the word first leaked out that she was dating me, a reporter asked her, pointblank, ‘Are you really interested in Sammy Davis, Jr?’

According to Sammy, one quote used out of context by a London reporter has caused him almost as much trouble in his marriage as the murder threats.

“You know the quote,” he told me. ‘Sammy Davis doesn’t care if his children are polka dot.’

“This reporter—who I’m sorry to say was the only American at the press conference—kept needling me all afternoon with questions. Finally, he crossed his legs, lifted his eyebrows and said, ‘Sammy, what about children? Surely you must realize what problems your children will have.’

“I answered him as honestly as I could. That’s the only way I know how. I said, ‘If I’m blessed with children, I want the same right as any other father. Whether a child is black, brown, white, whatever color—even polka dot—that child is a human being. A child that deserves to be loved and to be respected as a human being. That’s all I ask for my children.’

“Well, you know what came out . . . and you can imagine the reaction. But on the whole the press has been marvelous to me. I have to admit that I thought I’d take a beating in the papers for the rest of my life because I married May. I was wrong. In return I’ve tried to keep my marriage dignified. I try not to conceal anything about my marriage that the public has a right to know.”

Sammy clasped his hands. He didn’t seem sure that he wanted to say what was on his mind. But he did.

“The color of my skin has nothing to do with this,” he said, “but you know a man likes to look good to his wife. One look at myself in a mirror and I can tell you I’d win no beauty contest.

“When I met May it used to bug me that I wasn’t tall with a perfect face and broad set of shoulders. I wanted to look good to her. I suppose that was male vanity.

“But the whole situation cleared up during an interview with a reporter who asked the one question I thought I could never answer. The reporter said, ‘Sammy, let’s be honest. You are not an attractive man. What does a great beauty like May Britt see in you?’

“This is a question that can shatter a man, light or dark. It hit me. It shook me up. But I asked him. ‘Do you have a wife or a girl friend?’ He had a girl friend. I asked to see her picture. He showed it to me.

“ ‘This is a very beautiful girl you’re going to marry,’ I said. ‘But what the hell does she see in you? You’re no Rock Hudson!’

“That shook him, but after a moment’s reflection he said he understood what I meant. I know he understood because he wrote about it in his story.”

I asked Sammy how it felt to defy public opinion, to struggle upstream emotionally against deep-seated racial prejudices.

“It feels great,” Sammy said, “if you win—if you make it.

“I knew what I was getting into. I was more concerned with what the torture might do to May.

“I know I’ve broken all the rules, maybe too hard—but I felt I had to do what I did. And I had to stay here in this country. I’m an American and I’m proud that I’m one. I fought for my rights. I think I share one feeling with most Americans—no matter what color they are. I’d die before I would live in fear—but I’d die fighting.”

Sammy sat back and ran his hand through his hair. “Hell,” he said, “I sound like I’m complaining. I’m not. I’m happy —very happy. Sure, a few people tried to make me unhappy, tried to tear my heart out and I’ll tell you they succeeded. But May and our baby changed all that. And Eve learned how to fight to keep my happiness—and I’m going to keep on fighting. I’m going to hold on to what I have—my life depends on it. My life depends on May and the baby. That’s why no one—and I mean no one—can take them from me.”

Sammy can be seen in UA’s “Sergeants Three.” His next is AA’s “Reprieve.”