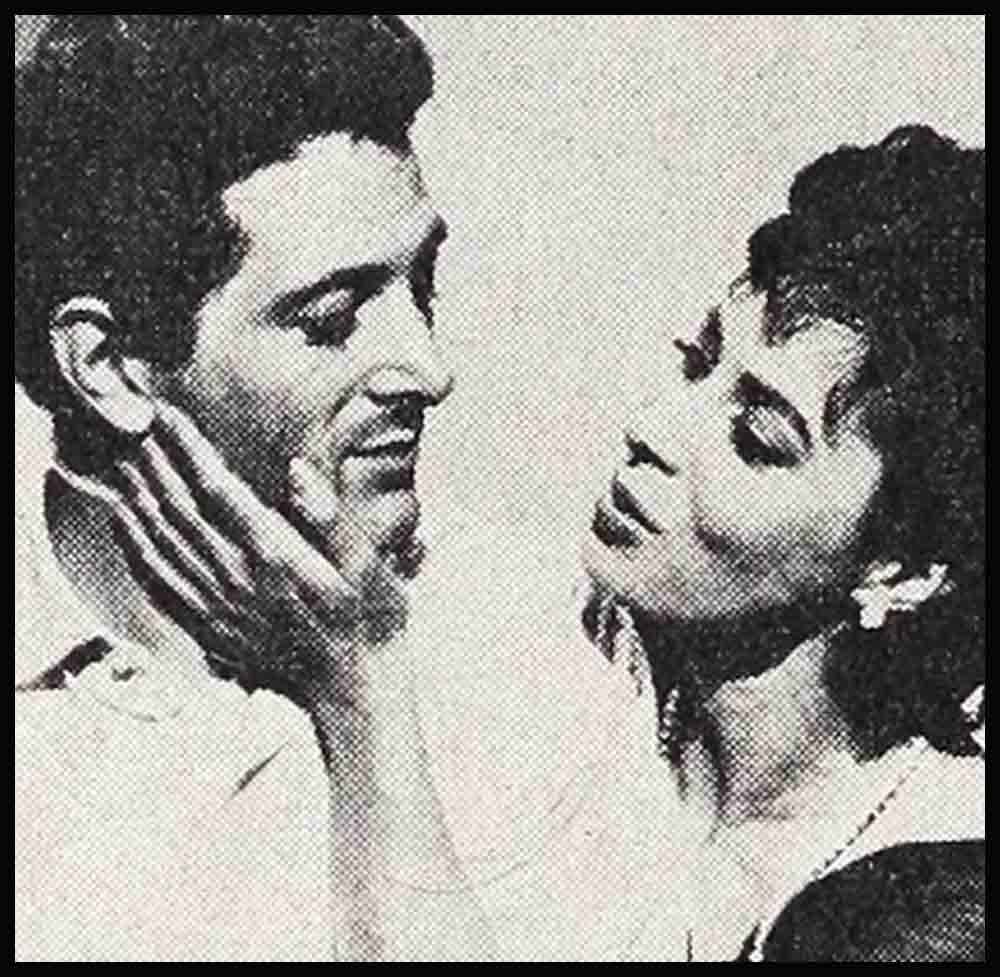 MUTINY ON THE BOUNTY

WHAT’S IT ABOUT? True adventure of the voyage to Tahiti that ended in Fletcher Christian’s defiance of Captain Bligh.

WHAT’S THE VERDICT? A story that has stayed powerfully alive in every romantic imagination for over 170 years fills the screen with brutal violence and idyllic beauty. Marlon has an interesting slant on the head mutineer, but at first gives him such delicate airs that you’re likely to side with Trevor’s tough old sea dog.

TWO FOR THE SEESAW

WHAT’S IT ABOUT? Sadly awaiting divorce, a Nebraska lawyer drifts into an affair with an eccentric New York girl. what’s the verdict? As frank and funny and heartbreaking as the original stage hit, this intimate drama uses plenty of well-written words to get close to two people in love. Shirley’s a natural as the warm, foolishly independent heroine; Bob, more surprisingly cast, makes her indecisive lover almost as convincing.

WHAT’S IT ABOUT? A woman who’ll never admit defeat uses her daughters ruinously to express her own show-biz ambitions.

WHAT’S THE VERDICT? Hints of a powerful real-life story (of Gypsy Rose Lee, sister June Havoc and their mother) are the strong points of this great big musical. Natalie and Roz, too genteel for their roles, still show vitality. The film consumes over two hours in its dedicated copying of “legit” theater technique.

WHAT’S IT ABOUT? War between Polish conquerors and 15th Century Cossacks, whose leader’s son loves a Polish girl.

WHAT’S THE VERDICT? Magnificent shots cut with stirring rhythm keep you enchanted whenever Russia’s mighty horsemen thunder across native steppes. In these “roles,” Argentina’s gauchos and their pampas steal the picture. The stars freeze into quaint figures in this bloody romance that’s much milder than history.

DAYS OF WINE AND ROSES

WHAT’S IT ABOUT? After sliding into alcoholism together, a young couple differ when it comes to seeking help.

WHAT’S THE VERDICT? Based an on award-winning TV play, this earnest film wanders before getting on target with a stark case history and a tribute to the work of Alcoholics Anonymous. As sincerely as Jack and Lee try, the characters they play remain unclear, though the tragedy is very real.

WHAT’S IT ABOUT? The marital woes of honeymooners and a slightly older couple get madly entangled.

WHAT’S THE VERDICT? Talky, wacky, irritating, touching, this comedy-drama gives all four of its young stars lots of room to swing, though Jim and Jane swing farther out. Laugh, but listen hard—you’ll hear common-sense ideas on life and love. For once, playwright Tennessee Williams’ characters aren’t all nuts—just nervous.

WHAT’S IT ABOUT? Two girls complicate a fisherman’s struggle to earn the purchase price for a beloved sailboat.

WHAT’S THE VERDICT? If it’s Presley songs you want, here’s aplenty—in fact, a musical overload that threatens to sink the frail story. But there are laughs (mostly supplied by Jeremy, the genial villain) to keep this craft afloat. And Laurel comes across as a highly decorative newcomer with cheerful charm.

WHAT’S IT ABOUT? A family just inside the Wall meets both treachery and unexpected aid in planning a freedom tunnel.

WHAT’S IT ABOUT? Arriving in Hell—a hotel room—three people face an eternity of boredom and self-examination.

WHAT’S THE VERDICT? The talked-about stage play hits the screen with consider- able impact, expanding the startling idea of the hereafter with glimpses of life on earth. Viveca dominates easily with her f savage portrait of a man-hater; Rita’s effective as a woman in love with herself; Morgan’s less deft as a coward.

WHAT’S IT ABOUT? When a long-lost heir to millions shows up, a wicked fortune-hunter tries to get him out of the way.

WHAT’S THE VERDICT? Sensibly, Jerry has given up fumbling around with spectacle, musical numbers and pretentious pathos. He’s settled down to the business of serving laughs the way his fans like ’em, with a pretty girl on the side. Hopping from gag to gag, he pokes fun at tough private eyes, hi-fi and automation.

WHAT’S IT ABOUT? The devil crops up in French behavior, town or farmland.

WHAT’S THE VERDICT? With such a majestic title, you’d expect more than the moderate amusement rippling through the seven separate stories (some only dimly related to their themes). “Gluttony” comes off best, though “Laziness” has an extremely funny, anti-sex finish.