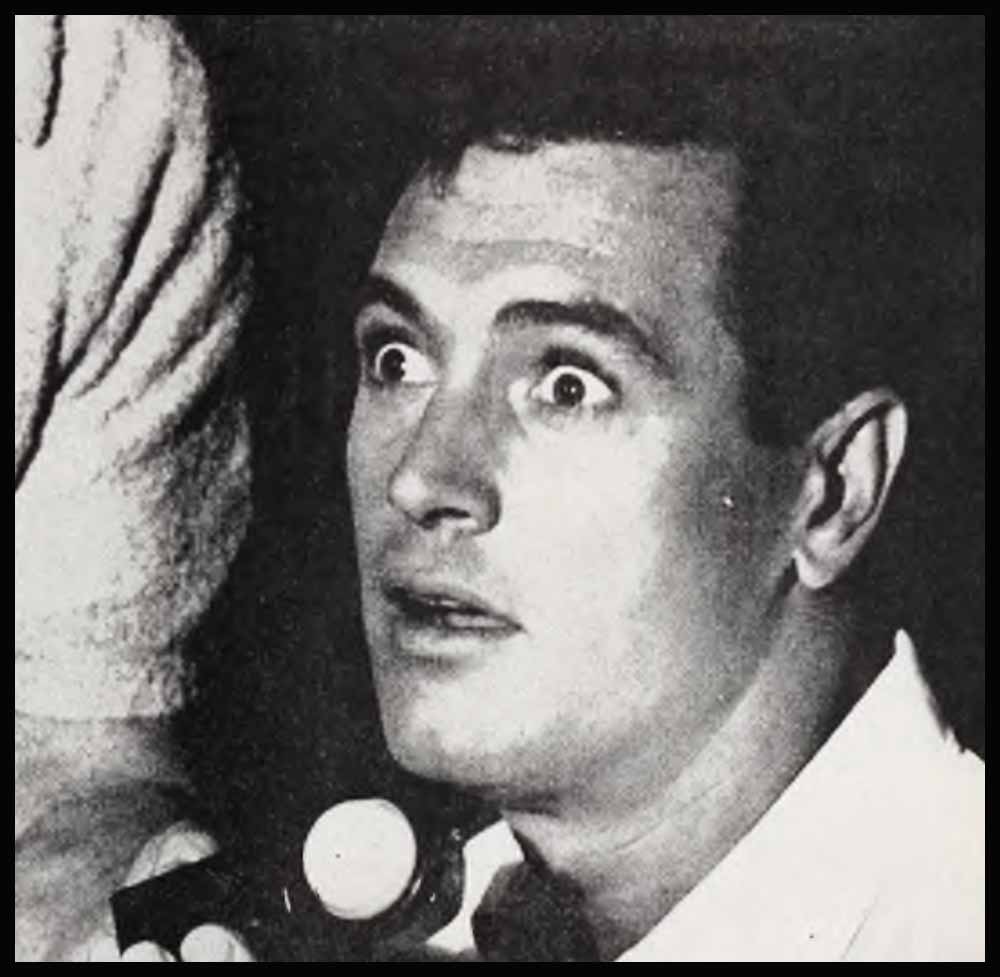 The fellow silting two stools away from me used to be handsome. His face was now covered with a heavy beard which ran across in all directions. I thought to myself: He’s in George Steven’s “The Greatest Story Ever Told,” or he’s trying for a part in the picture. Then I got a far-fetched idea. not so far-fetched: he wanted the employed and unemployed actors at the Schwabadero to believe that he was in “The Greatest Story Ever Told.” This could happen if you knew the new breed at the Schwabadero.

He said something to his friend that startled me and got me thinking. He remarked it was a good thing the wheel was invented before the wagon, the train and the plane. I don’t care how his beard sprouted, or for what reason. Can you imagine a wagon, a train or a plane without wheels? I transferred this thought immediately to the movie business, art, industry—whatever you want to call it.

Suppose there had been talking pictures before silent movies. Suppose an enthusiastic man gets an appointment with a big producer. “Mr. Producer,” he says in a confident manner, “I’ve got an idea that’ll revolutionize the picture business.” One doesn’t mention the word art to this executive. Because, you see. it frightens him.

“Be quick about it,” replied the Big Man. “I’ve got an appointment. But I have to ask my secretary what it is.”

“I know your appointment,” says the enthusiastic man. “but I’m not going to tell you. That’s what you’ve got a secretary for. I want to tell you about my great invention.”

“Get on with it,” is the reply. “Whatever the appointment is, I haven’t much time. I’m a busy man.”

“I want to do away with talking pictures and introduce silent pictures. My great idea has big advantages.”

“Get out of here. What are we going to do with all our expensive sound equipment in the theaters?”

“But think of the many advantages,” said the bright young man. “No one has to talk.”

“So your pictures without speaking, talk a universal language. Remember the world market. It can be larger. All you have to do is supply a new set of subtitles for every country. Even the moon if neccessary.”

“This thing will he revolutionary. It’ll revolutionize the business or industry or whatever you call it.”

“Okay. You do away with a lot of writing. Practically do away with scripts. You don’t need those high-sounding, good-talking but high-salaried Broadway actors. Another thing, if you make a movie in Italy or France you don’t have to dub it. Just a set of Italian or French subtitles. And the sound of the actors won’t keep the audience awake.”

“I think you’ve got something. Go on.”

“I tell you it’ll change the whole art. I mean industry. Who wants to hear a lot of actors and actresses talking? You can get that in any play. This’ll he different. The movies will he different from plays. Movies will he an art form in themselves.”

“Please don’t use that word.”

“They’ll be cheaper to make. And faster. They’ll he different from television where people in plays, pictures and commercials are screaming at you all night.”

“I think you’ve got something different,” said the producer, seeing the light.

“But, of course, you must expect some criticism.” said the enthusiastic young man. “There’ll be critics who’ll say the talking picture is a pure art form and without the talk there’s something missing.”

“You said a dirty word. But I don’t care what the critics say. If the people leave their houses to get away from talking pictures I’m willing to gamble with silent pictures. You don’t get anywhere unless you gamble. Show me your new invention, secretly, tomorrow.”

“Oh say. I didn’t mention it. but that appointment you have is with me.”

And this is how silent movies, if they had the decency to come later, could have supplanted talking pictures.

Bits and Pieces: Glenn Ford has matured into a Lover Boy. . . . Wouldn’t it he ironic if after the release of “PT-109” people stat ted telling President Kennedy that he didn’t look anything like Cliff Robertson. . . . The rush of new buildings in Hollywood and Beverly Hills has me puzzled. At least every other new office building starts with a bank. I figured out that the banks must be making deposits at the hanks. or how could they all keep going. . . . With the remake fever, I’m pleased. aren’t you. that they recognized what a good dividend they have in “Gone With The Wind” and didn’t try to remake it. . . . I wonder if Tuesday Weld would have been as popular so fast if they named her Thursday Weld.

If Laurence Harvey is as good a producer as he was a performer in “Room At the Top.” he’s going to be one of the most successful producers in the industry. . . . Did you notice I referred to it as an industry and not an art? . . . You can term it an art if you so desire and I won’t be angry. . . . Eddie and Debbie now talk, but, of course, it isn’t the same kind of talk as before he took up with Liz. . . . I don’t believe Antony had it as good or was as good as Richard Burton. . . . Richard must be giggling at those producers, who, only a few years ago, told him that he didn’t have any sex appeal. Liz fixed all that and proved them to be wrong. . . . If I had to name two actors who are strictly the product of the movies, I’d name Rock Hudson and Tony Curtis. If I had to name an actress who is strictly the product of making movies, I’d name Doris Day. . . . There must have been movies before Zsa Zsa and Eva Gabor but sometimes it doesn’t seem so. . . .

There are at least three fellows who look enough like Troy Donahue to stand at the magazine rack at the Schwabadero and look at movie magazines photos of Troy Donahue. These fellows confuse the tourists but they don’t baffle Suzanne Pleshette. She used to steady-date the genuine article. . . . Elvis Presley’s contract gets him star billing over title which is why he’s not doing the lead in “The Unsinkable Mrs. Brown.” . . . There’s a certain actress in town. who for love and business reasons, would like her child to be older than she is. That’s Hollywood for you.