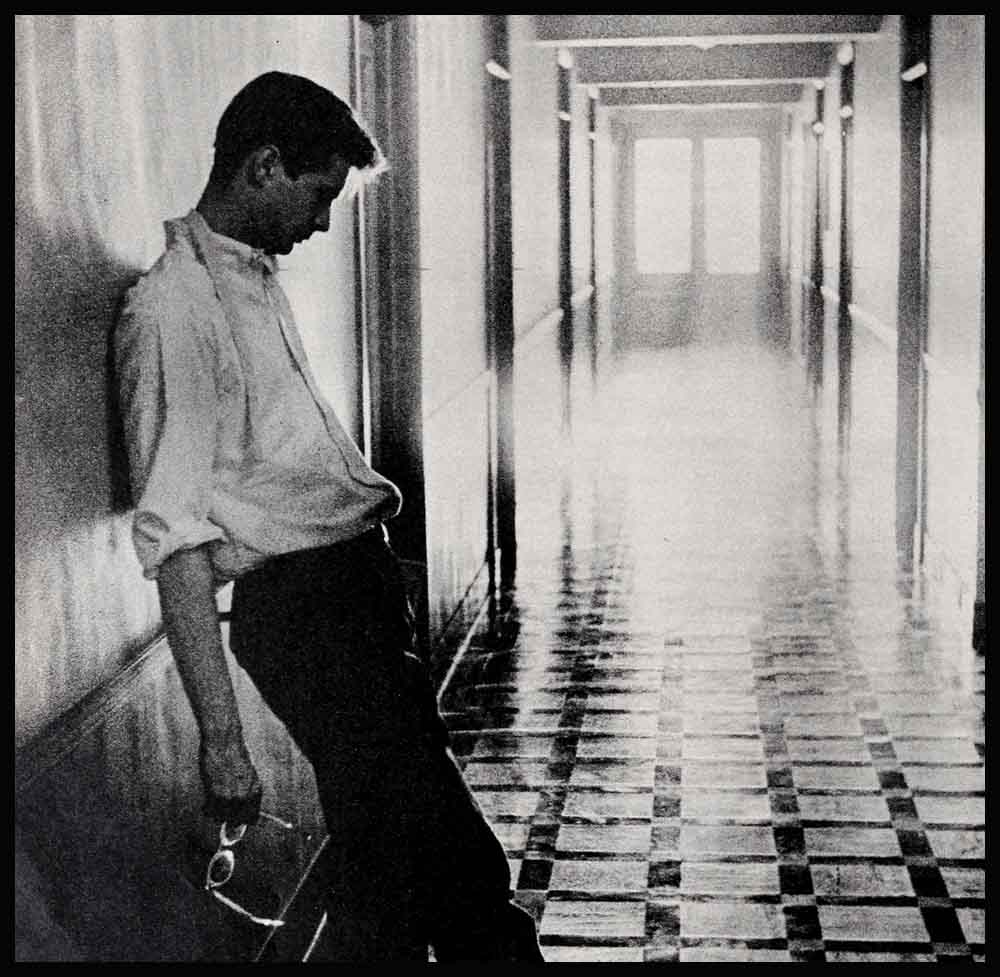 Tony Perkins, whose long legs have carried him from obscurity to fame in two short years, recently took the biggest step of his life—his first trip abroad to Bangkok. Thailand, to begin Columbia’s “The Sea Wall.”

Tony’s last days were full and frenzied. Right after he finished Paramount’s “The Tin Star” he hopped a plane to New York to bid goodbye to his friends and his mother and to recover in his tiny Manhattan apartment from a heavy schedule of “shots” to help ward off Bangkok’s “evil spirits.” Between sessions with the needle, he visited shows and shopped. (At Tiffany’s, he purchased a pair of gold drop earrings, but for whom he wouldn’t say.)

Back on the Coast, before flying westward, Tony house hunted, was interviewed, and sat for stills at Paramount. (He arrived barefoot at the studio “in training for shoe-less Bangkok.”) The photographer claims that Tony was so excited about going that he downed not one, but four bottles of pop to settle his nerves.

While all of this was going on, Tony was trying to track down an elusive passport that trailed him back and forth across the country.

The day before leaving, Tony picked up his mail, packed his bags—two suits, a sport coat and several pairs of dungarees—and kissed the girls goodbye.

A half hour late at the airport the next day, Tony had to sprint to catch his plane, already on the runway. Reluctantly, it taxied back to pick him up. A friend, watching him clamber up the steps, remarked, “Tony can certainly move when he wants to. Those legs of his are going to take him a long, long way.”