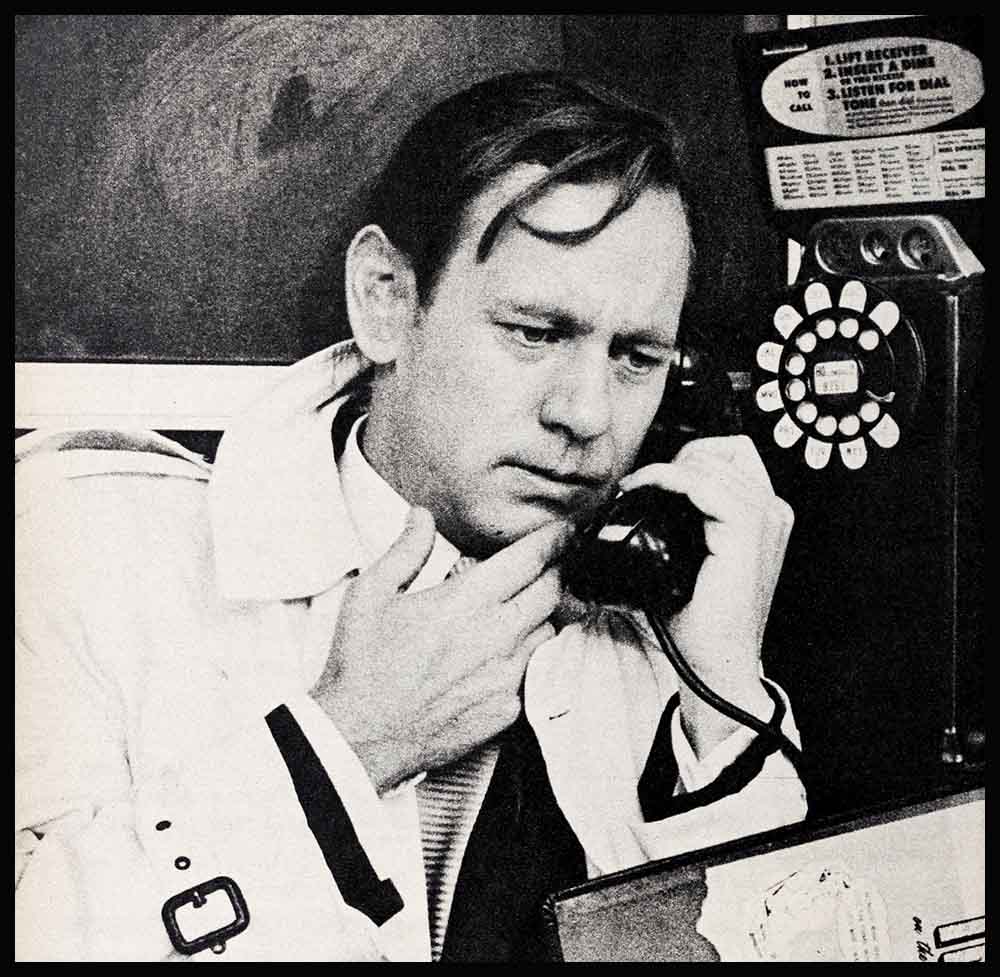 The telephone is what Hollywood lives by. At the other end of it is fame and fortune or despair and hunger. Every actor has an answering service. Even if he has to paste cardboard in the soles of his shoes and sleep until late afternoon so that he only needs one meal a day, the price of an answering service is a must. In good times, an actor checks in once or twice a day. In bad times, he hangs on it, waits for it. He’s afraid to answer that ringing phone and afraid not to. He puts off checking with his answering service while he plays a game with himself and says, “If it’s good news I’ll get it anyway. If it’s bad news, I don’t want it.” Bill Phipps, whose serious acting started when he got the lead in George Pal’s “Five,” knows what it is to get the good news, and what it’s like to get the bad news.

Listed in the casting directory as “Every mother’s son, every girl’s brother,” he seemed on his way to quick stardom. But Bill is one of many competent actors—in fact, several directors have called him a potentially great actor—for whom the big break didn’t come. In steady demand by studios and TV, successful financially, he missed stardom by a heartbeat. Now he’s cast in solid and important character parts, but he’s the exception to the Hollywood rule that says, “If you’ve got it, you’ll get it.” Bill Phipps got a lot from Hollywood—more than most ever get. He just didn’t get what he might have gotten.

BILL PHIPPS IS IN COLUMBIA’S “THE BROTHERS RICO”