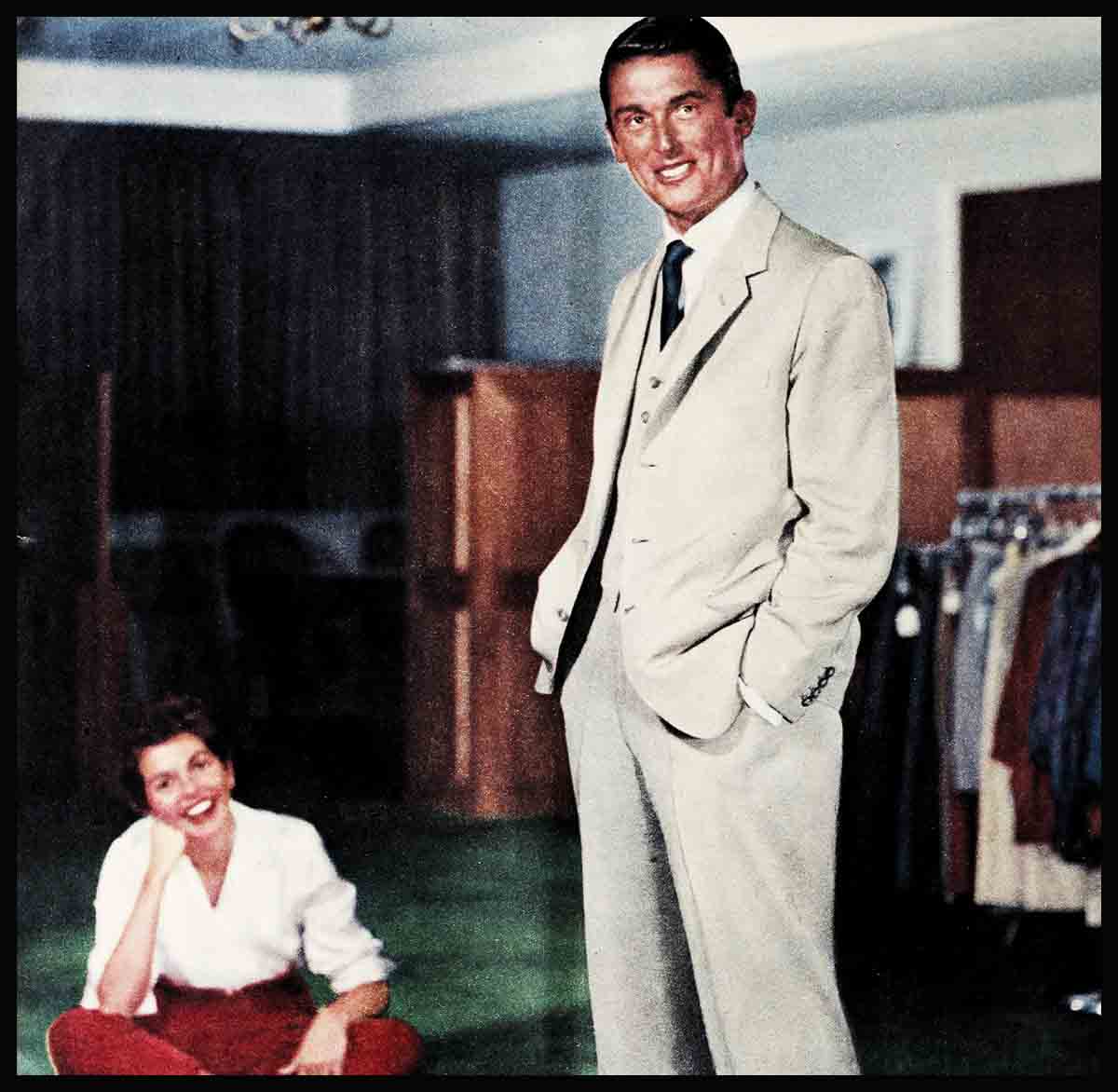 Robert Evans . . .they’re calling him “a return to the matinee idol”

A tall, impeccably dressed young man stepped out of the elevator into a plush Manhattan showroom. Crossing it, he entered his own luxurious offices. He opened the blinds on three walls, exposing a breathtaking Cinerama-view of New York’s harbor. A ringing telephone on his long, walnut desk interrupted his thoughts. Quietly, he asked if Hollywood could be phoned back later. He said good morning to the smartly dressed woman who entered, carrying a swatch of brocade. “It’s too heavy, don’t you agree?” he asked the reporter just arriving to interview him.

The young man was acting newcomer Bob Evans—a designer-executive who, as Pedro Romero in “The Sun Also Rises,” has critics harking back twenty years to Ty Power to find a‘near-romantic comparison. (Interestingly, Ty also plays in “Sun.”) In his twenties, lean, deeply tanned, (“He looks like a matador,” wrote one newshen), Bob did not plan his movie career. “Norma Shearer is responsible,” he explained. “She found me sitting at the Beverly Hills pool and coaxed me into testing and playing her late husband, Irving Thalberg, in ‘Man of 1,000 Faces.’ It was a great experience.

No, I refused a contract. I had my business to get back to in New York.” Plain facts were: It would cost Bob time, and time away from a multi-million-dollar business meant money. It was Darryl F. Zanuck, who, dining one evening at New York’s El Morocco, caught a look at Bob and finally talked him into combining both careers, had him screen tested, signed (exclusively for two films a year) and reciting love to Ava Gardner in Mexico within a month. Upon release, the picture made Bob a romantic sensation overnight. Contrary to rumor, Bob is not Latin, but a New Yorker (“born, bred and matured there”), the son of a successful dentist and onetime concert pianist. He was, at 17, the youngest disc jockey in the country, had his own orchestra. Today, reputed to be a self-made millionaire, Bob politely evades the question: “A man does not discuss his bank account.” Definite in his manner and ideas, he talks with easy assuredness, in a compelling voice (“I never learned to whisper’) finely-trained by some eight years of radio experience as a child (“Every soap opera in the country, I’ve been on”).

He knows what he likes: On his career: “It seemed fated—being discovered twice within months . . . It’s challenging . . . Someday I’d love to play the part of a young hood. On women, “I like them feminine. I like American girls. Some speak of foreign women as being more intriguing. I don’t agree.” On marriage: “I’m definitely interested.” On his social life: “You might say it’s dull right now. My business dominates it, especially with films. But I’m not a social person really—one for nightclubs, country-clubs. I like reading. Enjoy dancing—but at home. I’ve boxed since I was 15, like judo, tennis.” On himself: “I’m not the All-American boy, I know that. I have no pretense. It’s always best to know yourself and I know what I’m not. Yes, I’m emotional, lose my temper easily, am often too impatient.” And what made Bob Evans a current heartthrob? A director recently summed it up: “Perfect timing. Girls were eager for romance and tired of getting it from the boy next door, which Bob is not.”