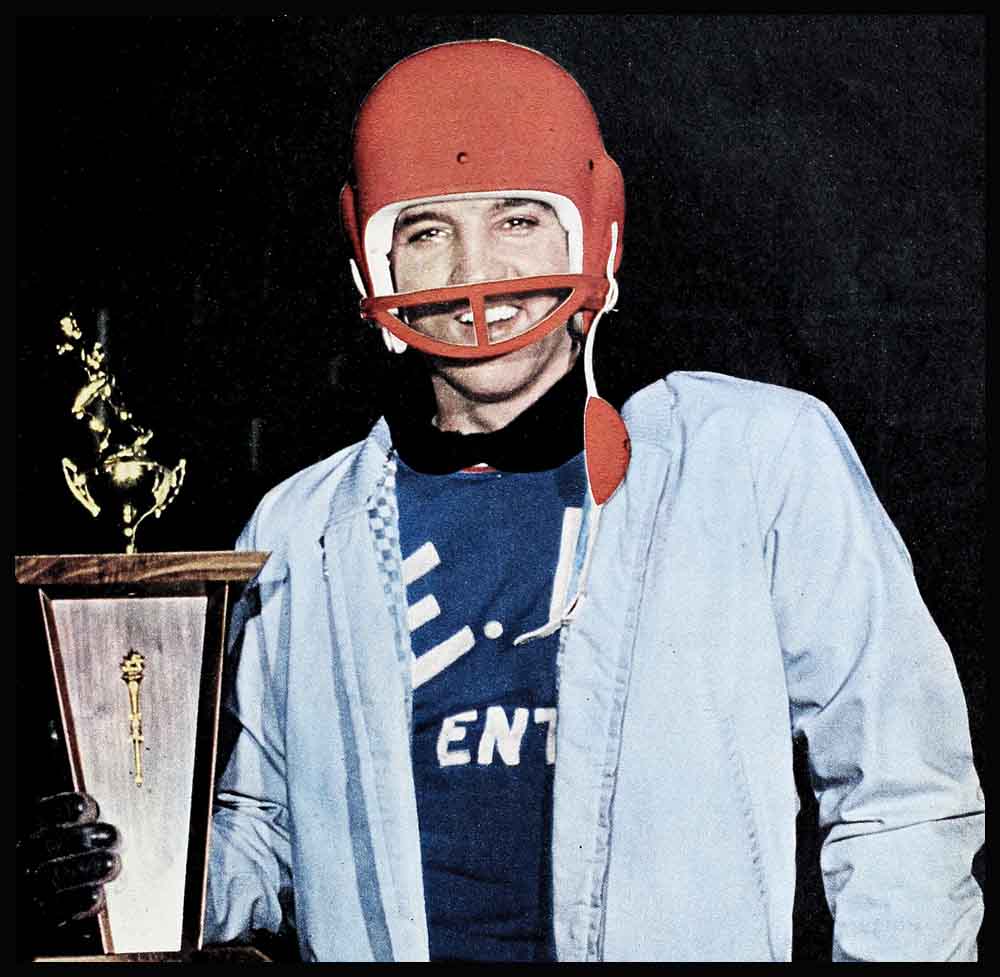 For Elvis As You’ve Never Seen Him

In Memphis, the fans were tense. It was the big game of the touch football season; the coaches were done with their pre-game pep talks, the players were ready, the fans were waiting. And then, out of the locker room, came a new player; a pro, someone who really knew his way around the touch football field. No, it wasn’t Jack Kennedy. And it wasn’t even Bobby. Or Teddy. For out of the locker room and onto the field (running! running!) came Elvis Presley!

Elvis was home in Memphis for a brief holiday when he heard that the touch football team that he sponsors—the Elvis Presley Enterprisers—were scheduled to play their arch rivals—the Delta Automatic Transmission team. They’re both members of the Municipal Adult Touch Football League, and this was an important game. Of course, Elvis had to play.

He was on defense, but the breaks were against them. Elvis’ team lost thirteen to six. Well, we’ll just have to wait till next year. Meanwhile, he’s spending every weekend out on the field in Hollywood—practicing.