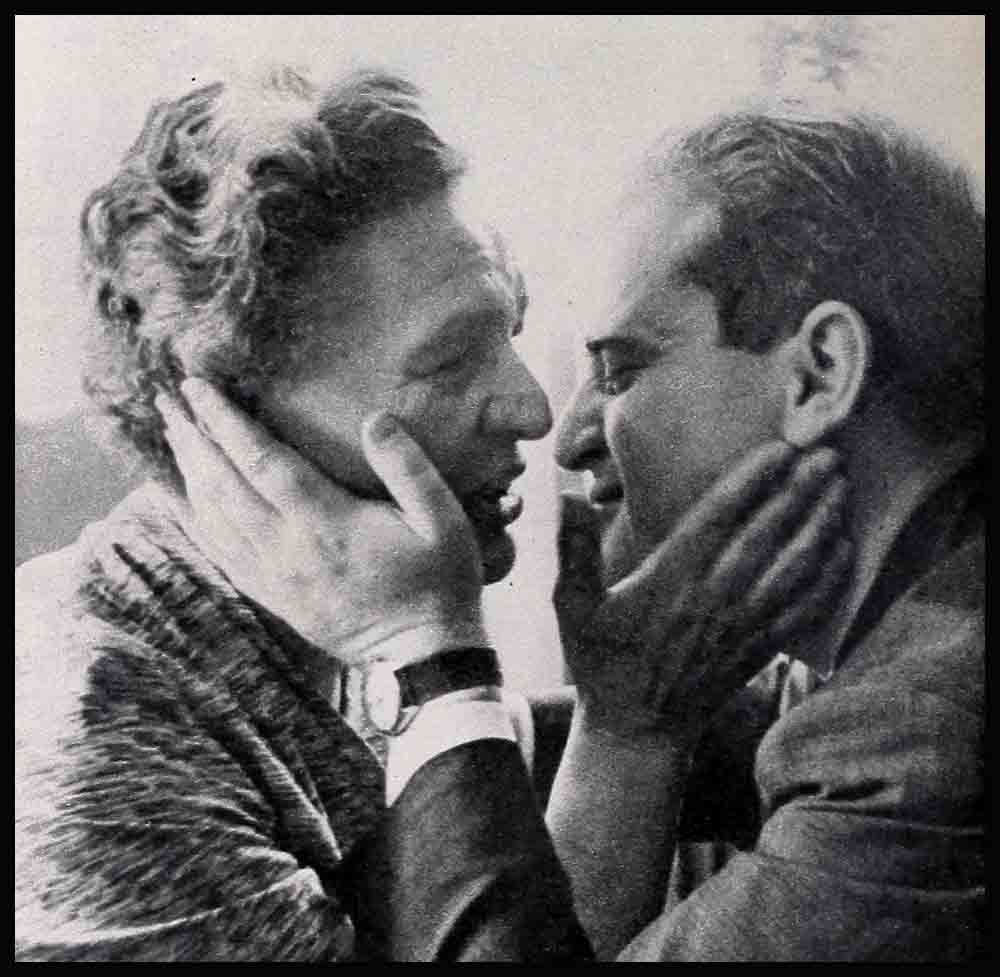 Seventeen years ago a Czech boy, his entire family wiped out by the Nazis, was rescued from a concentration camp and was brought to Sweden. There, a merciful angel called Sister Hedvig took the broken lad into her home and restored him to health. She was a second mother to him and he like a son to her. When relatives were finally located in America and sent for him, Jack Garfein went—but in tears at parting from his kind, loving “mother.”

America was good to Jack. He became a successful movie director, married a lovely star, Carroll Baker. They made a picture together, “Something Wild.” And it was for the showing of this picture—in Sweden—that the Garfeins came back to Jack’s foster country and its memories—especially of the good “mother” with whom he had lost touch during the years. At a press conference, Jack told reporters that he had searched in vain for her—and could they help him? They did! They found her in Malmo under her new name—she had married and was now Mrs. Hedvig Ekberg. Jack flew to her, and as they fell into each other’s arms, even the photographers and reporters wept openly at their reunion.

Overcome with emotion at again seeing the “mother” who cared for him when he was a war orphan in Sweden, Jack Garfein openly weeps. At right Carroll Baker, his wife, listens interestedly as her husband tells his old friend that now it is his turn to help her. Mrs. Ekberg is partially crippled by a hack ailment. Now that he has been fortunate enough to find her again, Jack is eager to pay her medical expenses as a small token of his eternal gratitude.