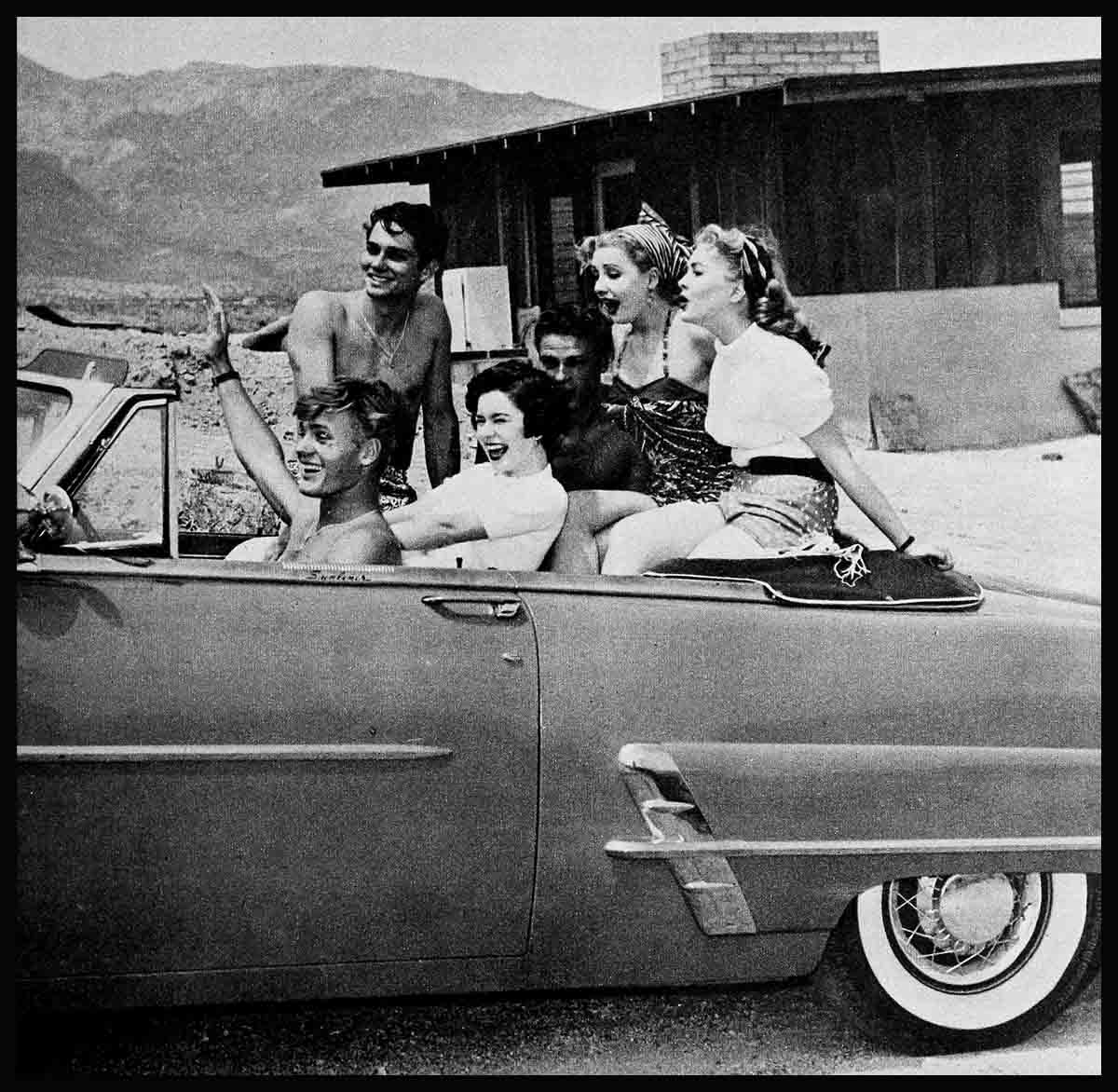 Up At Tab Hunter’s Place

When Tab Hunter decided he wanted a hideaway in the desert, he knew the only way to get it was to build it with his own two hands. He went to work on his own, the story spread, and a lot of pals decided to help him get the job done. So, from time to time, he heads out across the hot sand, his car loaded with assistants and vittles. This particular work crew was a lively on—Lori Nelson, Pat Crowley, Erica Norden, Brett Halsey and John Ericson. Nobody’s saying just how much work got done the day these pictures were taken—but everybody had a wonderful time! And somehow or other, the house is getting built. At last count, it had walls, windows, an icebox, a stove, a water tank and a patio. And the built-in echo of gay youthful voices. Who needs more?