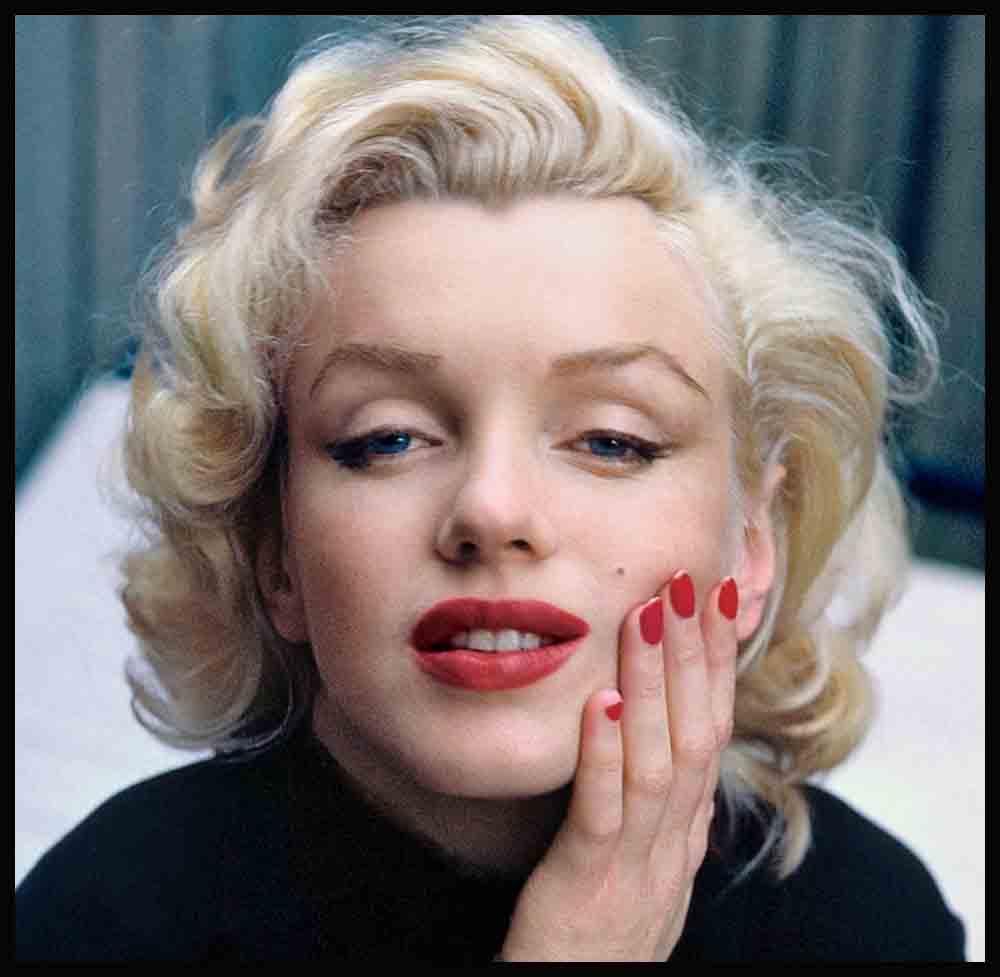 in Hollywood, Life Story
by admin

The term screen legend has been applied to Marilyn Monroe perhaps more often than to any other star in the vast Hollywood firmament. That is proper, for legend implies a story not only larger than life but also in some ways unbelievable.

Chapters in her biography are certainly that. Even after the fife story of Marilyn Monroe has been retold a thousand times, we are not absolutely sure which parts are precisely true and which are not, what realty happened and what did not, what is fact and what is hyperbole or even fiction. Monroe willingly contributed to the legend herself; just as one example, she certainly pumped up the woebegone-orphan aspect of her childhood. And studio publicists were only too happy to heap on enough additional baloney to satisfy the hungriest lunchtime patrons at Schwab’s. Some episodes that have dung stubbornly to the Marilyn Monroe narrative like so many barnacles are about as real as the color of her platinum blonde hair.

Douglas Kirkland photographed Monroe for the 25th anniversary issue of LIFE. The star suggested the white silk sheets and free-flowing Dom Perignon for the shoot.

To took at the end of the tale here at the beginning, let’s consider her death: At age 36 in 1962, Marilyn Monroe died in what the coroner ruled was a “probable” suicide. Many of her fans insist it was an accidental drug overdose, while many others hold that it was murder, and a subset is sure the Kennedys were involved. They say there are tape recordings, made by the FBI or a private detective hired by someone else, that prove this.

Let’s took at her marriages, which together represent another biographical item that you would think we would have a firm handle on by now. We know there were three: The first was an affair either strictly of convenience or at feast somewhat of the heart, depending on whom you believe; the second involved a baseball star; the third was to an esteemed playwright. But some people say there was a fourth, and even the most often cited biographies don’t agree on this.

Norma Jeane plays on a California beach with her mother, Gladys, circa 1929. By this time the toddler is already living with a foster family and seeing Gladys only on occasion.

Circa 1938, Norma Jeane is about to enter her teens. The woman just behind her is Ana Lower, a family friend who helped raise her and was, Marilyn Monroe would later say, the first maternal figure to show her real love.

Monroe (seen with Robert Karnes and Colleen Townsend) is now a blonde in her movie debut, the 1948 comedy Scudda Hoo! Scudda Hay! She has a bit part—she plays a girl leaving church—and this canoe scene was cut from the film.

Some film fans think that biographer Anthony Summers came closest to the true Marilyn. Some side with Donald Spoto, some with Barbara Learning, some with Fred Lawrence Guiles. Some say that Norman Mailer captured her best in his impressionistic rendering.

In 1952, Monroe was one of six up-and-coming actors to be awarded a “Henrietta” trophy at a foreign press association dinner at the Del Mar Club in Santa Monica. The other winners included Leslie Caron, Tony Curtis and Mitzi Gaynor.

In 1953, the actress poses on the patio of her Hollywood home for the camera of famed LIFE photographer Alfred Eisenstaedt.

Our purpose in these pages is not to settle the matter; such an effort would prove futile. We wilt in our text and captions present the facts as they are known to be true and allude to the controversies as they crop up. We will be as accurate as possible.

Playwright Arthur Miller embraces Monroe, his new wife, in the summer of 1956.

Monroe relaxes on the Nevada set of The Misfits in 1960. She costarred in the drama with Clark Gable. It was the last completed film for both of them.

More important, in keeping with LIFE’S tradition and mission, we will present a beguiling and intimate photographic biography of this singular, beautiful, spirited, unfailingly generous and endlessly compelling movie star. We are, in one way, in a fortunate position: Although people sometimes lie, pictures don’t. In these pages, Norma Jeane Mortensen Baker (Marilyn) Monroe, as she lived her life day to day from infancy until death, is reborn. As you gaze at these pictures and look into Marilyn’s eyes, you are seeing her— the happiness, the sadness, the joy, the sorrow. You are reliving a life and spending time with the very real woman beyond the myth.